Prior to Menelik Shabazz passing away on June 28 2021, writer and academic researcher Miranda Armstrong had a once in a lifetime chat with the visionary filmmaker

Within a couple of decades of arriving in Britain from Barbados at age five, Menelik Shabazz was in the vanguard of developing independent Black British cinema. His filmography was broad and varied, capturing significant moments of London’s history as well as intimate aspects of life within African-Caribbean heritage communities. In April 2021 Shabazz joined Miranda Armstrong online from his home in Zimbabwe for an extremely rare interview. Their conversation was wide-ranging, coveringthe historical and ongoing importance of documenting our stories, the benefits of independent filmmaking and the ways in which racism in Britain has impacted on the production of work by black artists. 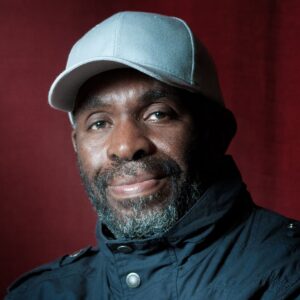 MA: What do you remember about 20thcentury London?

MS:When I first came to the UK everything seemed to be colourless. It went from the days of fog when you could hardly see beyond five feet and of people eating chips out of newspaper, to a London that became very multicultural and colourful. Not just with us but other cultures coming in. By the end of the 20th century England was a very vibrant place with multicultural influences, but that trend of racism was still very much there, it kind of weaved its way through.

MA: The city could be mistaken for a multicultural utopia if you’re not aware of certain things.

MS:Yes, my thought is that it’s a very deceptive place. The UK and London can do your head in. It gives a sense that doors are open and we’re all equal. Then when you get to the door it locks in your face. I think of the actress Cassie Macfarlane [who played Pat in Burning an Illusion], who was amazing in the film. You’d think she was going to move on and become an important actor of her generation, but nothing happened for her. What does that do to your head? Same with me, I thought that when I madeBurningthe doors would open for me. I use those examples to show the head spin that London and the UK can cause you as a black person.

MA: Burning an Illusion and Blood Ah Go Run were films made in the present, but you also returned to that same period in Lovers Rock, which you made during the 2010s. What is it about that period of the late 1970s and early 1980s that is so important?

MS:That period was important because we were the rebel generation, we were the generation that said no to racism, fought and resisted it, whereas our parents were more compliant.  There was also realisation that most people didn’t know about our generation because the media was not covering our experiences beyond conflict or riots. I wanted other generations to know we were here and this is what we did. 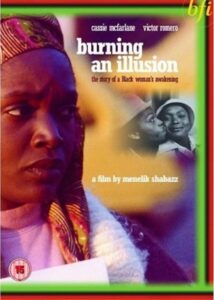 MA: There were a lot of rebellions from during the 1980s. Do you think there is also some resonance of that time with the Black Lives Matter movement?

MS:Certainly, because we were making the same statement in 1981, we were saying black lives matter. When the police were arresting untold numbers of young people, the stop and search and all of that, we were saying that and so I think it’s a continuation, but we just didn’t have that term at the time. We did have more of a sense of community and collectivity, maybe because we understood that we were the outsiders, and so we had to fend for ourselves.  There was also the knowledge that South Africa was still under apartheid and that there were struggles going on around the world, so it was a more politicised era in that sense.   There was a simmering feeling underneath that we were being discriminated against, and the police would trigger emotions with the things they did.  Those rebellions showed what we were feeling and how we wanted our lives to matter to the system.

MA: Some of your work shows the challenges that black people faced during the late 20th century in urban Britain.  For you what was the purpose of capturing those moments on film?

MS:It’s very important that we document our history, and we don’t do enough of it. We’re often tied into trying to get our work through the broadcasting systems, then we end up not getting anywhere.  With films like Blood Ah Go Run I wasn’t going to the BBC asking them to give me money or to shoot the [Black People’s Day of Action] march. It is there for people to see only because I decided to do it. The existence of these films highlights the need for more documentation of our story, which is very colourful, very beautiful, very sad and very uplifting, it has all elements in it. Our story is vital for us but it’s also vital for British society to know what we are about. I was very saddened that Lovers Rock didn’t get an airing on television. My feeling was that there was a reluctance to show stories of us as warm people, to show the warm glow that we have. They’re more interested in showing the conflict and the negative sides. Again, that underlined the reason why we need to tell our stories independently. 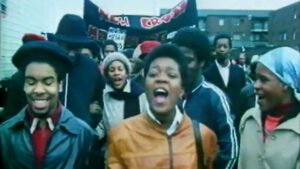 MA: Do you think independent filmmaking is the best option for aspiring black filmmakers or do you think things are beginning to change?

MS:I don’t think mainstream television is interested in changing narratives. I had that experience when I did a film called Breaking Point for ATV which was a mainstream channel. I was about 23 years old, and I was one of the first black directors to be in that chair. I went in there thinking that TV had a role to play in educating people. But they put a disclaimer at the beginning of the film which said: “this film was made by a black director about people’s feelings,” which was a terrible thing to do. The mainstream can never really satisfy our needs because our authentic voice can never really come through. That’s because it is powerful, and that is not what the mainstream media is interested in. The price is that the wider society doesn’t get to understand who we are, and we don’t even understand ourselves. (Above left, still from Blood Ah Go Run)

MA: I feel that Burning an Illusion is under-celebrated. Do you think it’s been under-recognised due to racist sexism?

MS:I think black women in cinema have had a hard time, and especially women with dark skin, which is exactly why I cast Cassie Macfarlane, she was perfect. I think even to this day there are issues around depiction of black women.  Growing up, the backdrop to my consciousness was the Black Power era. I was educated by bookshops and that gave me an evolved perspective about women, the dynamics between men and women and the need for us to be transformed. That fed into Burning an Illusion. I always wanted my work to reflect the best of how we could be, to challenge viewers and to show that women are important.

MA: I’d like to talk a little about The Story of Lovers Rock.  The interviews in the documentary are incredibly rich, how did you go about having those conversations? 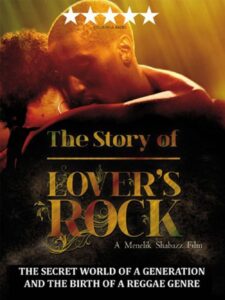 MA: One poignant thing said was that on the Lover’s Rock scene young men sought out a close dance because they weren’t getting hugs at home. Do you think aspects of black family life need further exploration in film?

MS:Absolutely. The next film I did after that was the documentary Looking for Love, which dealt with the issues that we are confronted with: emotions, pain and healing. It explored a deeper issue, that we have a serious need for love in our community, loving of self principally. The self has been destroyed in many ways and we cover it up. Self-love and love within families is very important, but you can’t love your family if you don’t love yourself. The love many of us experience is fragmented love because that’s what has been passed down.

MA: You’ve spoken about the need for community healing, do you think film can aid healing?

MS:Definitely, because we respond to it. I was very happy to see the film, If Beale Street Could Talk. To me, it’s beautiful because it showed warmth and love between two black people, which you rarely ever see on screen. The media can play a tremendous role.  We’ve come to perceive love through this westernised notion, but love is far more. That’s what we’re not taught, how it can transform your experience, how it can heal.  Love is the most powerful source we have.

*This interview has been condensed and edited for brevity.

Menelik Shabazz was interviewed as part of the Leverhulme Trust-funded research project Archiving the Inner City: Race and the Politics of Urban Memory.

Miranda Armstrong is a writer and academic researcher at the University of York. She is author of the graphic pamphlet, Beyond the Myth: Single black mothers and their sons. For more information visit http://mirandaarmstrong.com.